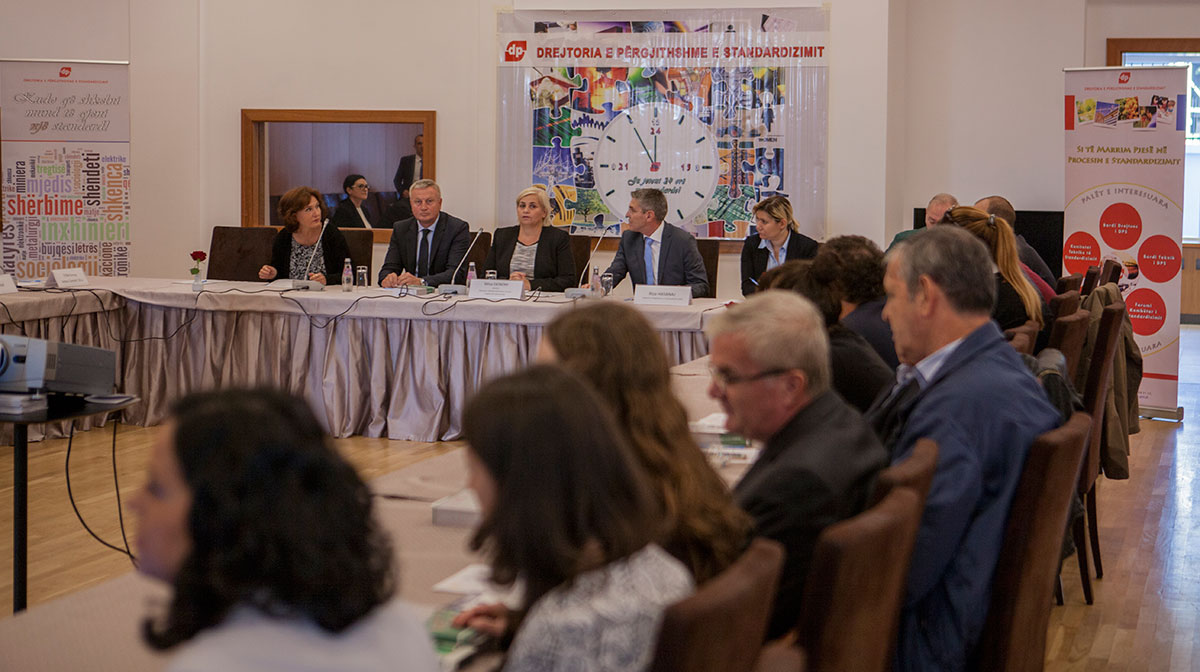 In the framework to the World Standards Day and under the motto “Standards create values”,  the General Directory of Standards of the Ministry of Economic Development, Tourism, Trade and Entrepreneurship held a conference with the purpose of showcasing Albania’s progress in the field of standards. In her keynote speech, Minister Milva Ikonomi underlined the importance of applying international standards as a condition for increasing the credibility of the Albanian market and its economy vis-a-vis consumers. Minister Ikonomi mentioned that by abiding to best international standards, the Albanian market is exposed to great competition opportunities in the European markets. She also presented some data which gave evidence on the direct impact that the application of international standards have on the productivity and competitiveness of several Albanian companies. ANTEA was invited to be part of the panel, presenting the example of company’s high standards, which have placed ANTEA as the only company in Albania that operates with an integrated management system. ANTEA strongly believes that productivity and efficiency can be achieved  step by step with sustained hard work, relentless attention to details and insistence on the highest standards of quality and performance.