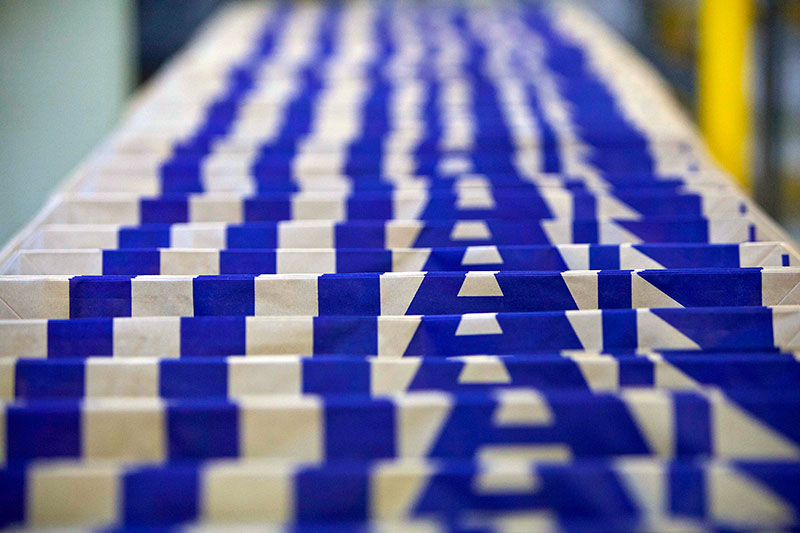 In the course of the first half of 2013, Titan further strengthened its fundamental financial metrics, increasing sales, generating positive free cash flow and further reducing net debt. The robust recovery in the USA and resilient demand in Egypt, in conjunction with increased exports and cost curtailment, mitigated the continued decline of the Greek market.
Turnover improved for the fifth consecutive quarter, in the period April-June 2013. Turnover increased by 2% in the second quarter while EBITDA declined by 12.6% to €67.9m. Net profit stood at €5.3m, versus €27.8m in the second quarter of 2012.
Turnover in the first half of 2013 reached €571.9m, posting a 4.4% increase compared to the same period in 2012. EBITDA declined by 17.8% to €92.2m, while the Group posted a net loss, after minority interests and the provision for taxes, of €21.8m compared to a net profit of €8.3m in the same period in 2012.
The decline in the value of local currencies, most importantly that of the Egyptian pound versus the Euro, had a negative impact on results. At stable exchange rates, Group turnover in the first half of 2013 would have increased by 8%, while EBITDA would have declined by 12.6%.Moreover, in contrast to the same period in 2012, the Group did not book any revenue from the sale of carbon emission rights.

*after tax and minority interests.

In the USA, the recovery in the housing market is anticipated to drive construction growth, especialy in markets such as Florida, which were particularly hard-hit by the crisis. According to the Portland Cement Association (PCA), growth in cement consumption in the Southeast, which is the region in which the Group is mainly active, was above the country-wide average in the first half of the year, a trend which is expected to continue. The PCA forecasts that cement demand will increase at double-digit rates annually for the next five years.
In Greece it is estimated that demand for building materials will decline further in 2013. Infrastructure works should support public sector cement consumption moving ahead, becoming visible towards the end of the current year.
In Southeastern Europe economic growth remains anaemic. No significant changes are expected in the building materials markets.
In Egypt, the lack of visibility on the political situation renders any estimate on the market’s short-term outlook extremely uncertain. Cement demand is maintaining its momentum for the time-being, but the increase in production costs, coupled with the decline of the Egyptian pound, are expected to negatively impact results. The Group is proceeding with the investments required to safeguard the smooth operation of its cement plants even if adequate natural gas is not available. Those investments are expected to positively impact production costs as of 2014.
In the short term, Titan Group will continue to focus on generating free cash flow and delivering on productivity and cost initiatives, without losing sight of its longer-term strategic goals.

Turnover at Titan Cement S.A. in the first half of 2013 stood at €118.9m, posting an increase of 6.7% compared to the same period in 2012 due to the considerable increase in exports. EBITDA stood at €7.5m posting a decline of75%. The net result was a loss of €22.3m versus a net profit of €2m in the first half of 2012.
TITAN is an independent cement and building materials producer with over 100 years of industry experience. Based in Greece, the Group owns cement plants in nine countries and is organized in four geographic regions: Greece & Western Europe, the USA, Southeastern Europe and the Eastern Mediterranean. Throughout its history TITAN has aimed to combine operational excellence with respect for people, society and the environment.
In 2012, the Group sold 16.1 m. tonnes of cement and cementitious materials, 3.4 m. m3 of ready mixed concrete, 10.9 m. tonnes of aggregates and various other building materials like concrete blocks, dry mortars, etc.

Detailed financial and other information is available on the Titan Group website:http://www.titan‐cement.com
The above announcement was communicated to the ASE and the HCMC, and was also posted on the website of the Athens Stock Exchange.